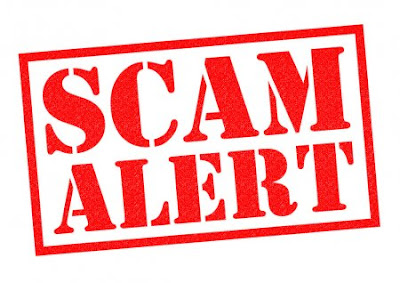 One of our residents has reported the following telephone scam attempt;

"Just to let you know that there were 2 attempted scam calls today to my 01279- number. Call starts with recorded message stating ‘ this is your internet provider, We have detected illegal activity on your network - your firewall has been breached. Your internet will be cut off shortly due to this. Please press ‘1’ to speak to a technical executive’ … etc

On the first call my husband (who installed our network router and firewall (!) ) pressed ‘1’ - and he had a fun time baiting the caller and asking him to prove he was from BT Openreach before the fraudster eventually told him to 'F**K Off’. and hung up. A second call from a different number showed up as ‘International’ on my phone, but was logged as a domestic number - obviously spoofed from West Africa, India or some other ‘usual scam suspects’ country - same message. I did not press ‘1’, and waited. Caller hung up.

I reported both calls to BT and Action-Fraud and received a Crime Number from the latter.

The 2 numbers spoofed by the attempted fraudsters were: 01265740725 and 01243421320. Both now blocked by BT on my line - but they appear not to do universal blocking or take this very seriously at all, based on the call I had with BT customer service.

I am alerting you to alert your buddies as the recorded message is in a posh English accent and sounds quite convincing. The ’technical executive’ my husband spoke to spoke with heavily-accented English and was obviously following a script to deal with the challenges my husband raised (such as ‘ what does ’the firewall has been breached mean? How?’) - the fraudster clearly did not have any actual technical network expertise or answers. However, for someone unlike my husband or me, someone who does not know anything about networks or internet, this could be very distressing, and they could end up giving away passwords etc."

If you have had similar experiences please post to them to this blog so others can see them.
on June 17, 2020

I get these every day, I even had one yesterday hedging his bets by claiming to be from BT and TalkTalk. Funny I don't remember reading about that corporate merger. Just put the phone down on these wasters.
Tony Bond

Thank you for posting this Tony, it makes it far more real. I get all the scam alerts via Neighbourhood watch but its in the story telling that I think people will remember it for their own safety . Call guard on my landline has transformed my life as I work from home and I was maybe getting 10 cold calls a day. Now it's like Fort Knox , which is not good for my friends and family getting through to me, but it takes all the stress of having to tell cold callers or scammers politely to go away.

This site is powered by the